It has been a while since the last post, and this one is even without the big mileage it would deserve. And if the headline somehow implied to you that you get to read about me sweating and swearing as I crossed the Alps on my bicycle this will be a disappointing one. In fact I crossed over in the comforts of an express train. But first things first…

I spent five days in Salzburg at my parents’ enjoying my mum’s cuisine, a few Stiegl beers, and otherwise tried to sort out some necessities. Thursday was my chosen day of departure but this one was another one in the pouring rain, and the temperature felt like the snowfall line was not far above. There is no point fighting the weather I think, and this one is an educated thought. The thing was I had invited a friend to stay with me in Velden am Wrthersee. I could have probably delayed this by a day but I didn’t want to. I probably won’t see a lot of people for some time. So to be there on Friday the only chance was to go by train. There is little to tell about this trip, it was easy, smooth and comfortable. Albeit this being a long term plan, crossing the Alps on a bicycle will have to wait for next time. The weekend was great with a barbecue, a trip on top of the Dobratsch and otherwise relax and hang around. On Monday, my plan was to clean up, do some final shopping, and leave Tuesday morning, south-westwards towards Genoa, the goal for the last leg on this continent. 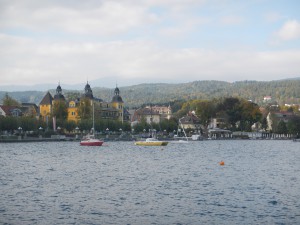 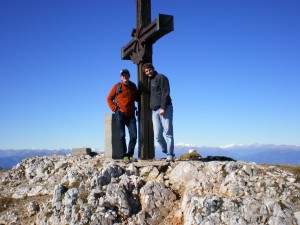 I ended up staying in Velden for ten more days. I could write about the pouring rain, the cold, snowfall, the difficulty to find certain spare parts, all obstacles getting me back on the road, and most of them excuses. The truth is I had a hard time saying good bye. Velden is the southernmost place I remotely call home. And I love it. I like the town and the surroundings and most of all the little house my family have there. I stayed there happily doing little but relaxing, with a trip to Villach now and then. There is a certain melancholy about summer tourist resorts in winter, when they virtually close down. And especially the snow looked out of place, albeit I had of course seen this before. On the productive side however I have got all my gear and spare parts now, I am set and ready to hit Africa. I got rid of some unnecessary stuff as well, jeans and trainers amongst them. The rest of the time off the bike will be in sandals and zip off trousers, and a high visibility windstopper jacket. As long as it won’t get substantially warmer I’ll come across as a nerd.

By the way, has anyone ever bought winter cycling clothes? Expensive, huh? Well, if I wanted to keep cycling in Europe in November I figured I have to make this investment. Or take a train to Genoa. The latter was out instantly.

The obvious and well cycled route westwards would be along the Drau, but from some internet forums I learned cycling up the Gail was much nicer, albeit, probably steeper and on roads not exclusively dedicated to the one manpower vehicles. Other than for skiing in Hermagor I had never been there. I left on Friday and made it all the way to Ktschach-Mauthen. There is an excellent cycling path to Hermagor (Gailtal Radweg), and further on the traffic on the main road became lighter the further I went. The route offers superb views of the Carnic Alps and through cosy little towns which seem to be out of this world. I have been to Carinthia so often, why have I never found this before? 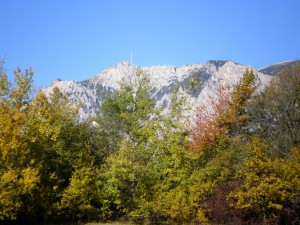 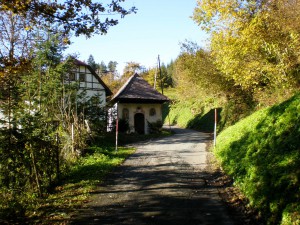 In the evening I talked to some people around town most assuming I take the route right southwards, the Plcken Pass, and assured me the Lesachtal route, where I planned to go was a lot harder. Not for the overall climb but rather for the fact that it was an old road leading across ridges and troughs. However, I was told, this was also the beautiful one.

Once more I had only planned to go for 70 km, expecting a slow progress. For whatever reason the valley changes names to Lesachtal just outside Ktschach-Mauthen. There is no cycling path as such but the traffic is very light and therefore the cycling is very good. Superposed on the general gradient is a number of ridges and troughs and the whole way is an up and down ride, more up that down. It reminded me a bit of the cycling in New Zealand, where it seems no road builder has ever been looking for the nicest gradient. I had beautiful weather and the landscape became even more interesting. The road is not on the bottom of the valley, for the most part, but rather across the slope, what adds to the great views. After about 40 km when I assumed the steepest part must have been done I decided to stop for lunch at the next opportunity. This was when the climb from hell started, outside a town named Obertilliach, which I could spot from far, what really didn’t make it easier. As long as you don’t see too much of what is coming, you at least don’t know or you can pretend the end may be just around the corner. Not unexpectedly the downhill stretch was rather measly and I spent the night exhausted in Sillian. 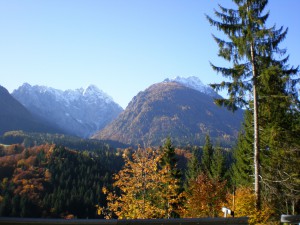 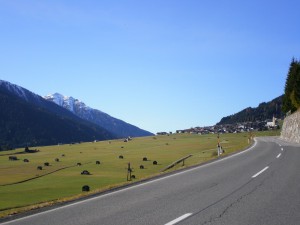 Time change induced I left a bit earlier on Sunday and soon after departure I said good bye to my native country. The next two days would be a nice downhill cycle, predominantly at least. Approaching the source of the Drau there was the last predictable uphill stretch however this one was surprisingly easy. 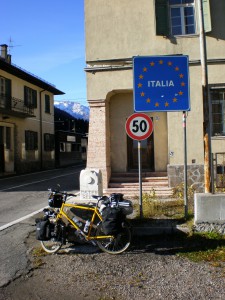 The goal for the day was Brixen, which I did not reach, rather for the early sunset than my exhaustion. I stayed about 10 km outside in a town named Mhlbach. Brixen is an extremely beautiful old town. The next morning I spent a few hours there wandering around. 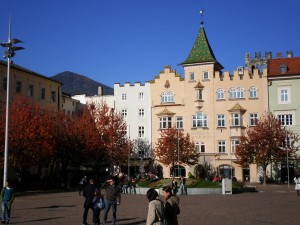 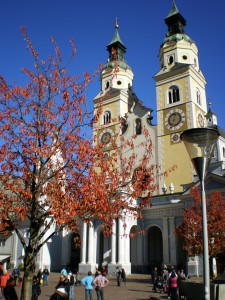 There are excellent cycle paths across South Tyrol, almost exclusively purpose built and for the most part new and with super smooth tarmac. The area is very beautiful for the landscape as well as the towns. The only annoying thing is that you are following one of the major traffic arteries across the Alps and as the valley is narrow the path is all too often squeezed in between the motorway and the railway tracks. I spent the night in the provincial capital Bozen. 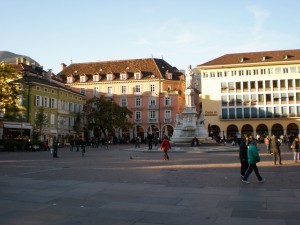 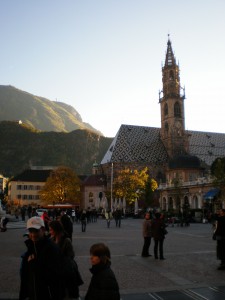 There are more photos at www.flickr.com/georgisola