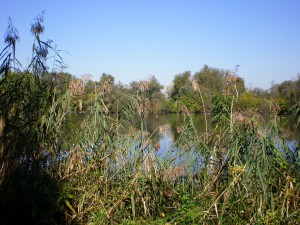 After a hilly but short ride south-westwards I reached the state capital Düsseldorf. I stopped for some photos when a man started asking questions about my loaded bike and where I was going. After some conversation he wanted to buy me a beer what I gratefully accepted. This city is a top notch party place, and by far the latest nights in my life happened there, back in the days, some I remember, some I don’t. It seems that bars and clubs never close, and albeit on several occasions I did not leave before 7 in the morning I had never been asked to do so. 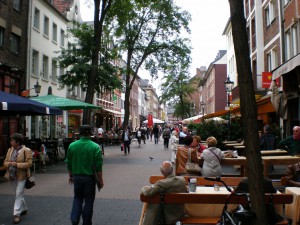 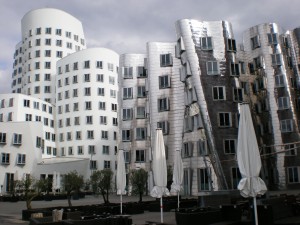 After the one beer, I had lunch and hit the road again. The goal for the day, Cologne, is only 40 km away. Still, the sun had set by the time I was there. I found a dorm bed at the Youth Hostel. My plan had been to stay for another day and get some shopping done. Thursday morning however, after some sightseeing I was more anxious to keep going. 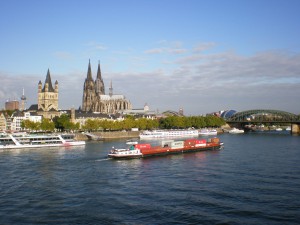 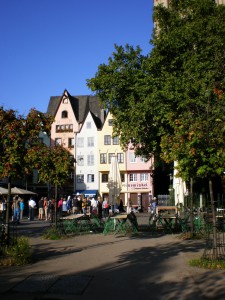 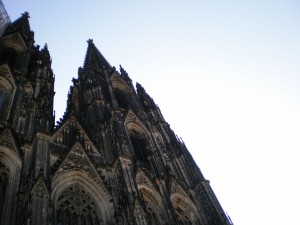 Not far outside Cologne the Landscape became more hilly and the Rhine flows through a proper valley, a narrow one. Along steep rocks on both sides small towns are nestled, one more atmospheric than the other. Since I was anxious to stick to my plan and reach Koblenz that day I only stopped once for lunch. There would be a lot to explore however. 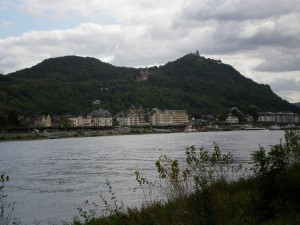 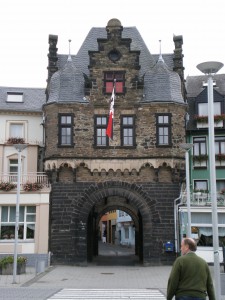 Koblenz, my second overnight stop on the Rhine was a bit disappointing. It is a beautiful town, mind you but for some sort of garden show they actually sealed the most interesting part off and charge 2 Euro entry fee. I didn’t pay so to see the remaining sights I had to go around this area back and forth, what produced quite some milage already. 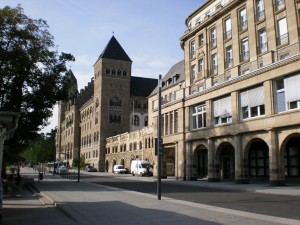 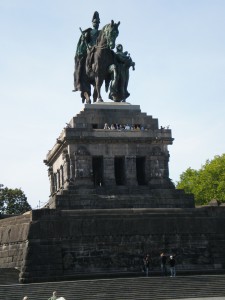 The scenery didn’t change that day, it even became a bit more dramatic. The Loreley is a well known meander with a beautiful rock formation and one of Germany’s landmark sights. further up the vineyards dominated the slopes. The river is so busy this obvious bottleneck provided the only sight of the River without barges. 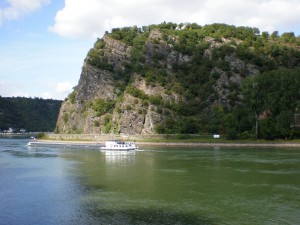 I stopped in Gustavsburg for two days. The town is of no interest whatsoever but very close to Mayence. This is a very beautiful city, with a big historic centre and beautiful architecture. Once more I arrived on market day, and this one was a particularly colourful one. The reason for the two nights was a friend in the area, who is about to move to Brazil. I won’t see him for a long time, and was really keen to meet. 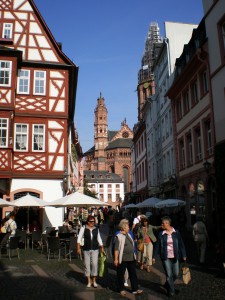 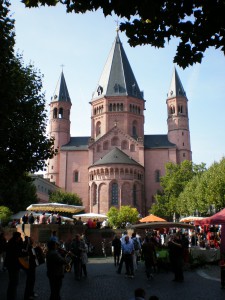 Upstream of Ludwigshafen the valley becomes wider before it disappears completely into a plain. The landscape changes dramatically as the Rhine has loads of side arms in what seems to be an endless swamp around it. Albeit stopping is no good idea for the mosquitoes it is an extremely beautiful area to cycle through.

Overall, there are remarkably few bridges across the Rhine, but most towns are connected by little ferries sailing back and forth. Cycling here is a mainstream activity, and paths and signposts are excellent.

I stayed the night in Speyer, a world heritage site, mainly for its Cathedral. 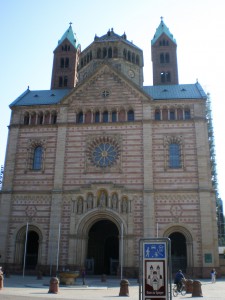 Following the left side of the Rhine I crossed another dotted line on the map the next day, back into France. I had lunch in Lauterbourg, and a man sitting at the same table got really excited about my trip. I had inquired about good places to stay, as I would not make it into a big city on that same day. He sent me to Drusenheim, what was a bit farther away than I wanted but still doable. When I gave him my blog he said he would send me photos of pork roast, sauerkraut and beer further down the road. I will see.

The path clearly lost scenery as for a long way it lead along a dam which obstructed the view, and I could only assume that the Rhine was on the other side of it. I would lose interest in the views soon anyway. The sun was low already and no town was nearby when I realised that I had my first puncture. Given the limited time until darkness I decided against a roadside repair. I pumped up my tire every 15 minutes or so and raced on. I rolled into Drusenheim just before sunset.

To my delight there was a funfair and market that day and I planned to get changed and have a wander around and have some fun. Well, contrary to that I fell onto the bed and dozed off, and when I woke up and got out the funfair was closed and the market gone. Still, I had a very nice Flammkuchen, sort of a Rhenish pizza, outside

The path along the Rhine suddenly ended the next day, and together with two other confused cyclists I eventually got back on track. One of them I met a bit later on again, he was from Essen but his trip would finish in Strasbourg. This is where we went together and spent the afternoon in a beer garden. The unplanned overnight stop turned out to be difficult, as the city seemed full. A short term cancellation secured me a nice but little expensive bed right in the city centre. There is no question why those EU officials chose this place for the parliament, it’s really beautiful with a very impressive historic centre. 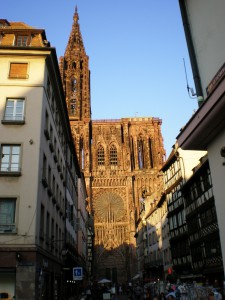 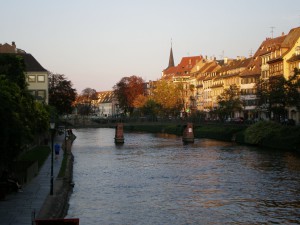 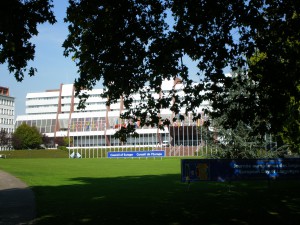 It took me some time to find back on the path, the signposting was very poor outside of Strasbourg. The route continues away from the Rhine but along the Rhone to Rhine canal. I got lost again at a place where the path was blocked. Frustrated by poor Alsace signposting I decided to cross the Rhine at the next possibility, maybe it was better on the other side. 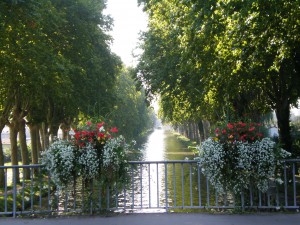 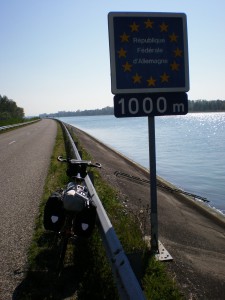 The right side convinced with a path on top of the dam. Further more a northerly wind picked up and once more the tailwind blew me across, and I was racing southwards.

For a few minutes I considered changing plans and continue to Basel, but I stuck to my old plan. I lay in the sun for an hour in Breisach where I said good bye to the mighty river which I had followed for a week and turned east towards the Black Forest. Much to my delight the remaining 20 km to Freiburg were still flat.